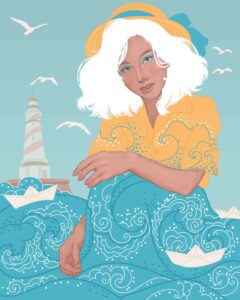 Why have things become so complicated? To answer that question, we have to take a slight detour through the somewhat recent annals of medical research, focusing first and foremost on the Women’s Health Initiative Hormone Therapy Trials.

However, starting in the 1970s, several studies drew concern over the potential health risks of HRT, including increased risk of breast cancer, ovarian cancer, blood clots, heart disease, and stroke. One study in particular sounded the alarm over HRT — the Women’s Health Initiative (WHI) Hormone Therapy Trials. Between 1993 and 1998, 27,347 U.S. women ages 50–79 enrolled in the study — 16,608 with a uterus in the trial of estrogen-plus-progestin and 10,739 without a uterus in the trial of estrogen-alone.

The study ended in 2002 for the estrogen-plus-progestin group and in 2004 for the estrogen-only group when they were told to stop taking their study medication due to the increased rates of serious health conditions among those taking hormone medication compared with those taking placebos. Study participants receiving HRT exhibited an increased incidence of coronary heart disease, stroke, breast cancer, blood clots in the lungs, colorectal cancer, endometrial cancer, hip fracture, and death. (Endometrial refers to the mucous membrane of the uterus.)

The results of this study, more than any other, caused a steep decline in the use of HRT that persisted for decades. Doctors and patients still cite this study to us here at BioDesign Wellness as a reason for their reluctance to consider HRT as a treatment option. However, the results from this study do not tell the entire story. In fact, they are very misleading. As a result, many women in perimenopause, menopause, and post-menopause are suffering needlessly due to misplaced fears over potential risks of HRT.

In the 15+ years since the study ended, further research on the potential benefits and risks of HRT have been done highlighting limitations of the WHI study, including the following: END_OF_DOCUMENT_TOKEN_TO_BE_REPLACED 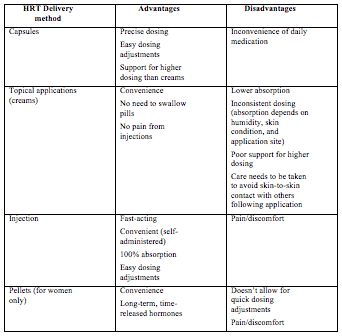 Your choice depends primarily on personal preference. Many women who can benefit from HRT opt for pellets to avoid taking medication daily, but capsules, creams, patches, and injections have their own advantages, as you’ll see later in this post.

Do I Need Hormone Replacement Therapy?

We take a conservative approach to HRT for both women and men. First, we seek to understand and then address any underlying health issues that may be hindering you from feeling your absolute best. Then — and only then — do we consider hormone replacement therapy, and only if a patient is experiencing symptoms indicating that such therapy may be useful, such as the following: 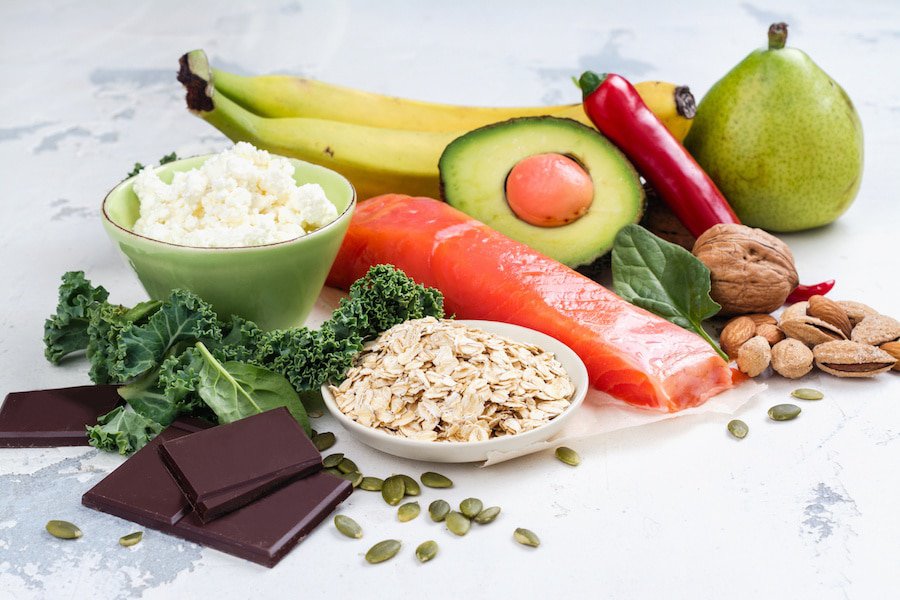 If you read our two-part series on hormone replacement therapy (HRT) or our post about testosterone replacement therapy (TRT), you’re aware that here at BioDesign Wellness — Tampa’s functional medicine practice — we recommend and provide safe and effective hormone replacement for our patients who can benefit from such treatments. However, hormones are only part of the story. They certainly play a key role in the body’s chemical messenger system (the endocrine system) as the actual messages that are sent and received. However, the endocrine system also contains glands that produce and secrete hormones, and various cells throughout the body receive and act on those hormones (messages).

Simply stated… anything that goes wrong at any point in the production, secretion, reception, or processing of these chemical messages negatively impacts one’s health and fitness.

Safe and effective hormone therapy requires more than merely hormone supplementation. Treatment should also address any issues related to the healthy function of glands that produce and secrete hormones and anything that may prevent individual cells from receiving and processing the chemical messages. For example, when we see a patient with low thyroid hormone, instead of merely prescribing thyroid hormone, we look for reasons why the thyroid is not releasing sufficient amounts of hormone and address those issues first. (For more on this approach, please see our two-part series on restoring thyroid health.)

The fact is that many hormone issues can be traced back to the basics — nutrition, physical activity, and stress reduction. In this post, we provide tips on how to adjust your diet and limit your exposure to END_OF_DOCUMENT_TOKEN_TO_BE_REPLACED