Before You Take Any Iodine Supplement, Read This!

Health experts often turn to Japan for secrets to a long and healthy life. After all, the Japanese have one of the longest life expectancies on earth, as well as the greatest percentage of people who live past the age of 100.

Conventional wisdom often attributes this longevity to the diet of the Japanese people. To many observers, the fact that Japanese eat lots of fish and seaweed is why they are so healthy and live so long.

And it may be true that the Japanese diet is at least partially responsible for their health and longevity, but such reasoning can be dangerous, especially when it is based on false and misleading data. One example of false data is the claim that the Japanese consume more than 13 milligrams of iodine daily in seaweed consumption alone. Some well-known health experts and supplement manufacturers and retailers have been using this claim. In fact, some of them have even exaggerated the facts in order to promote the use of iodine supplementation as a means of optimizing one’s health. 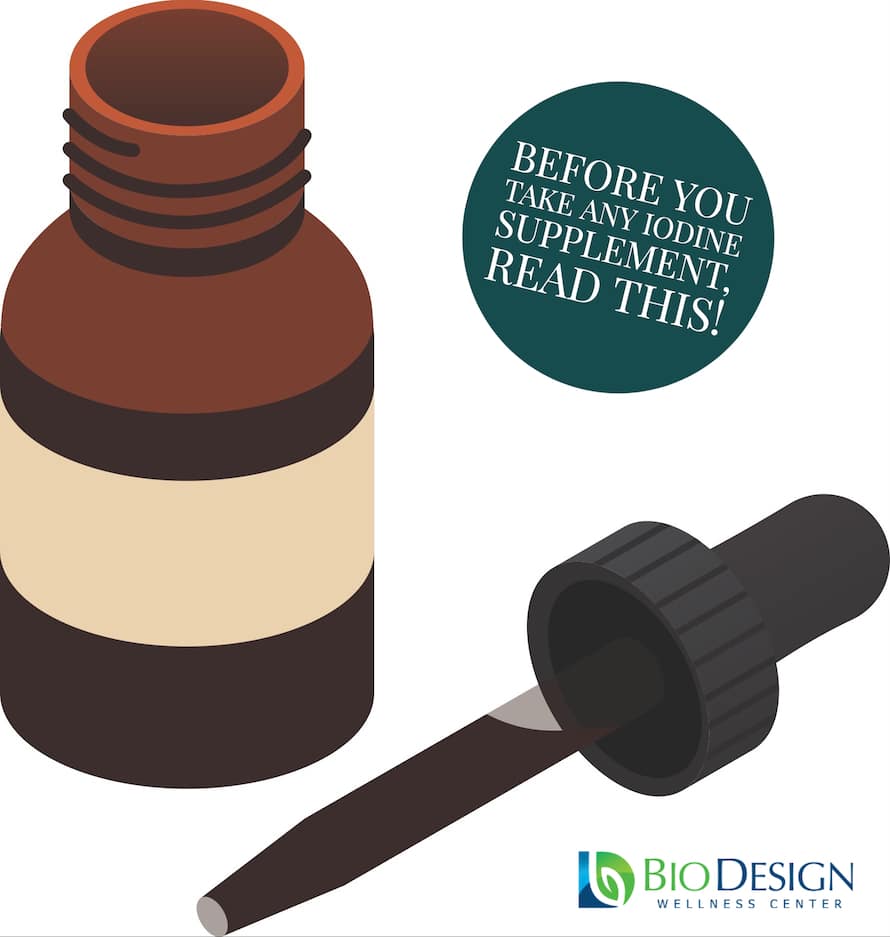 Here’s a quote taken from the website of a company that sells an iodine supplement:

In Japan, iodine intake from seaweed is estimated to be as high as 20 mg daily. Seaweed intake has been linked with a lower risk of premature death from any cause. Also, people in Japan have a lower cancer rate and a low rate of fibrocystic breast disease. Though this research can’t prove cause and effect, it’s intriguing.

The fact is, the Japanese don’t consume anything near 20 mg of iodine daily. If they did, they would probably be very ill. The estimate of 20 mg traces back to a misinterpretation of a study published in 1967. The study stated that the daily average consumption of seaweed in Japan is 4.6 grams (wet weight), which is equivalent to 4,600 mg per day. It also estimated the concentration of iodine in the seaweed (dry weight) is 0.3 percent. Some people who read the paper simply multiplied 4,600 mg by 0.003 to arrive at the conclusion that the Japanese consume13.8 mg/day of iodine. However, the 4.6 grams of seaweed was based on wet weight, whereas the estimated 0.3 concentration of iodine in seaweed was based on dry weight. Because wet seaweed is probably in excess of 90 percent water, the 13.8 mg/day is a huge overestimate.

Subsequent studies estimate the average daily intake of iodine per person in Japan to be more in the range of 1 to 5 mg/day. According to the United Nations Food and Agriculture Organization and World Health Organization, “The amount of iodine intake by the Japanese is in the range of 2 to 3 mg/day.” This is significantly higher than the recommended daily allowance (RDA) of 150 micrograms in the U.S., but it’s a far cry from the 13.8 to 20 mg/day recommended by some health gurus and supplement companies.”

The Importance of Iodine for Your Health

It’s true that iodine is essential for good health. In fact, a healthy body contains about 15 to 20 mg of iodine, most of it (70 to 80 percent) stored in the thyroid gland, where it is used to make thyroid hormones — thyroxine (T4) and triiodothyronine (T3). (The thyroid is a small gland at the base of the neck below the Adam’s apple.)

Iodine deficiency can result in serious health conditions, including the following: END_OF_DOCUMENT_TOKEN_TO_BE_REPLACED 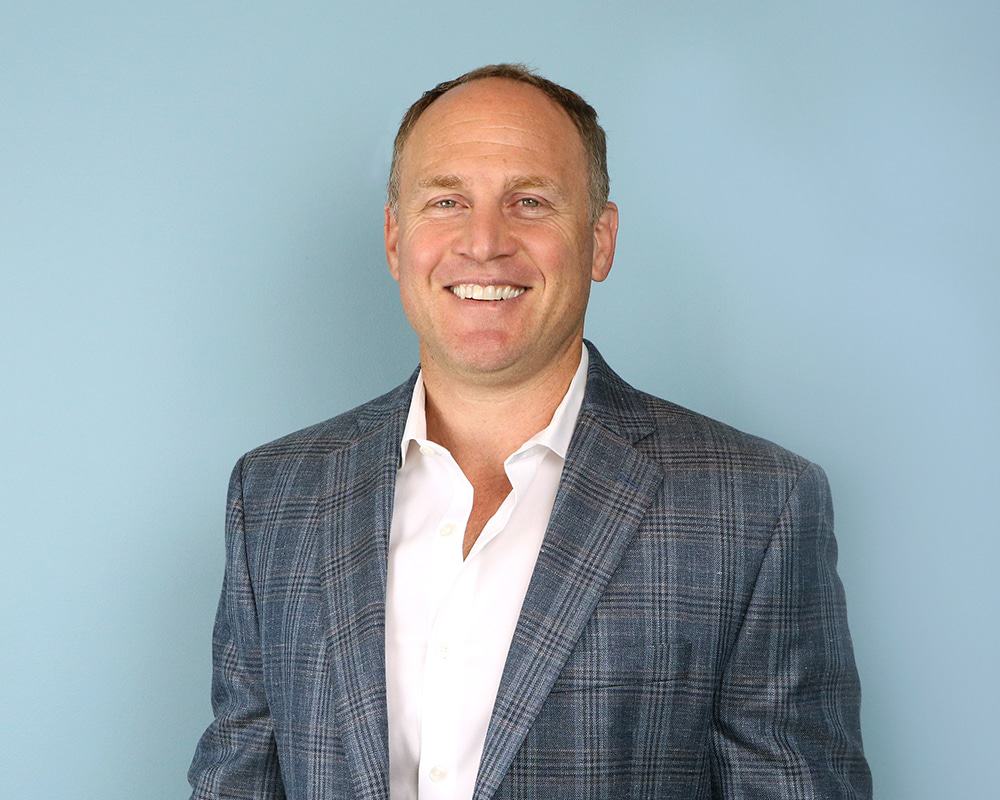 Seven of South Florida’s leading experts in the detection and treatment of chronic illnesses are set to deliver talks next week as part of the 2nd Annual Tampa Thyroid & Autoimmune Summit. And representing BioDesign Wellness Center will be our very own Dr. Matt Lewis, DACBN, CFMP®.

The summit runs from 10 a.m. to 3 p.m. on Saturday, Jan. 26, at the Root Cause Medical Clinic in North Tampa. Besides Dr. Lewis, the daylong event features other esteemed area functional medicine practitioners, including:

According to recent research, nearly 5 percent of the nation’s population over the age of 12 suffers from hypothyroidism, with the thyroid cancer incidence per 100,000 people in Florida being 12.1 at last check. As for autoimmune diseases, there are between 80 and 100 different types, with an untold number of END_OF_DOCUMENT_TOKEN_TO_BE_REPLACED 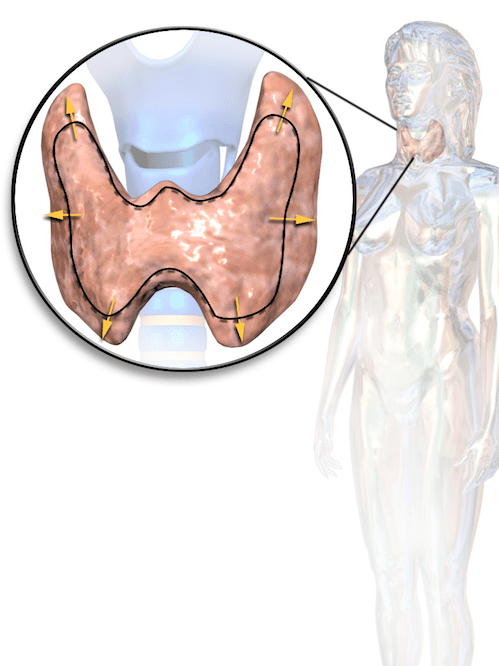 Editor’s Note: Below is Part 2 in our two-part series on restoring thyroid health. As we learned in Part I of the series (which we encourage you to read before moving on to the post below) — Restoring Thyroid Health: Part 1: Hypothyroid — Just shy of 15 percent of the U.S. population is expected to develop a thyroid condition at some point, while roughly 20 million people in the U.S. have a form of thyroid disease, and 60 percent of those people with thyroid disease are actually unaware of their condition.

In this part, the focus shifts to diagnosing and treating hyperthyroid (overactive thyroid).

Symptoms of hyperthyroid include:

Most of the patients who come to our office with hyperthyroid have already been diagnosed as having it. Diagnosis typically involves measuring the levels of thyroid stimulating hormone (TSH) and the END_OF_DOCUMENT_TOKEN_TO_BE_REPLACED 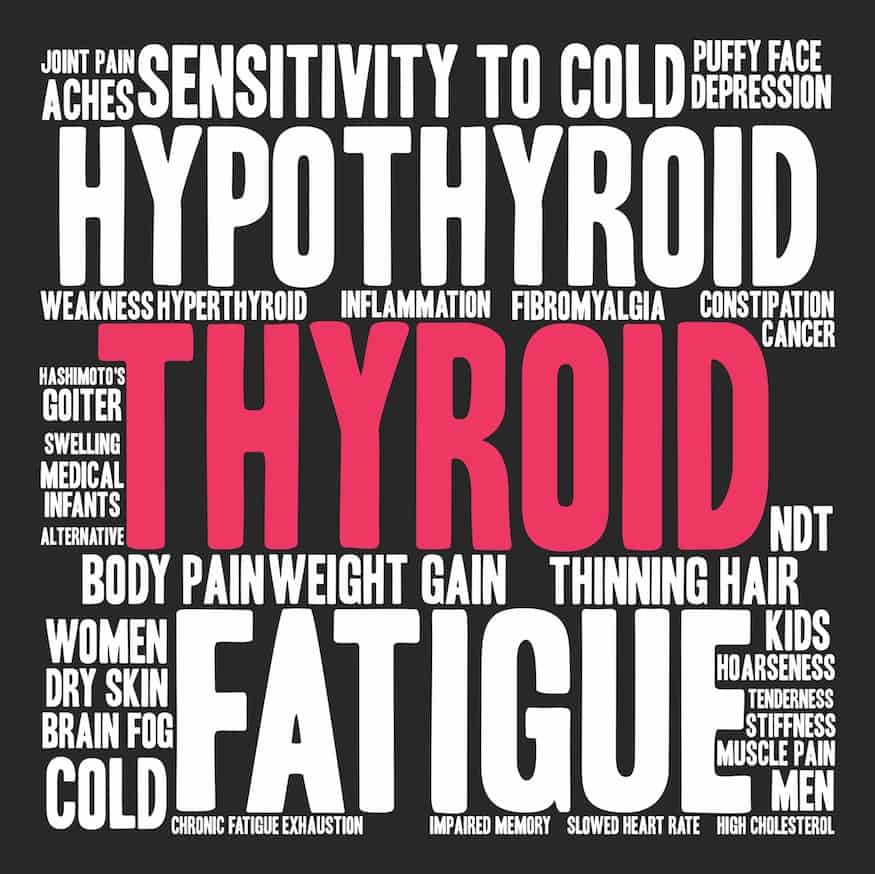 According to the American Thyroid Association (ATA), more than 12 percent of the U.S. population will develop a thyroid condition during their lifetime, an estimated 20 million Americans have some form of thyroid disease, and 60 percent of those with thyroid disease are unaware of their condition. The ATA also points out that “undiagnosed thyroid disease may put patients at risk for certain serious conditions, such as cardiovascular diseases, osteoporosis and infertility.”

The thyroid gland is a butterfly-shaped organ located just below the larynx (voice box). It is part of the endocrine system — the body’s chemical (hormone) messaging system. Although it is relatively small, weighing only about 25 grams, its performance impacts every cell, tissue, and organ in the human body by regulating the body’s metabolism — the process by which the body extracts and uses energy from food.

In the endocrine system, the hypothalamus signals the pituitary gland whenever more thyroid hormone is needed. The pituitary gland then releases thyroid stimulating hormone (TSH) that tells the thyroid gland to produce the thyroid hormones Triiodothyronine (T3) and Thyroxine (T4). This process regulates numerous vital bodily functions, including the following: END_OF_DOCUMENT_TOKEN_TO_BE_REPLACED