HPA Axis Dysfunction, Adrenal Fatigue, or Something Else?

If you experience any symptoms characteristic of low cortisol levels — such as abdominal pain, chronic fatigue, depression, irritability, or muscle weakness — you may have been diagnosed (or you may have diagnosed yourself) as having adrenal fatigue, HPA axis dysfunction, or some other adrenal disorder. 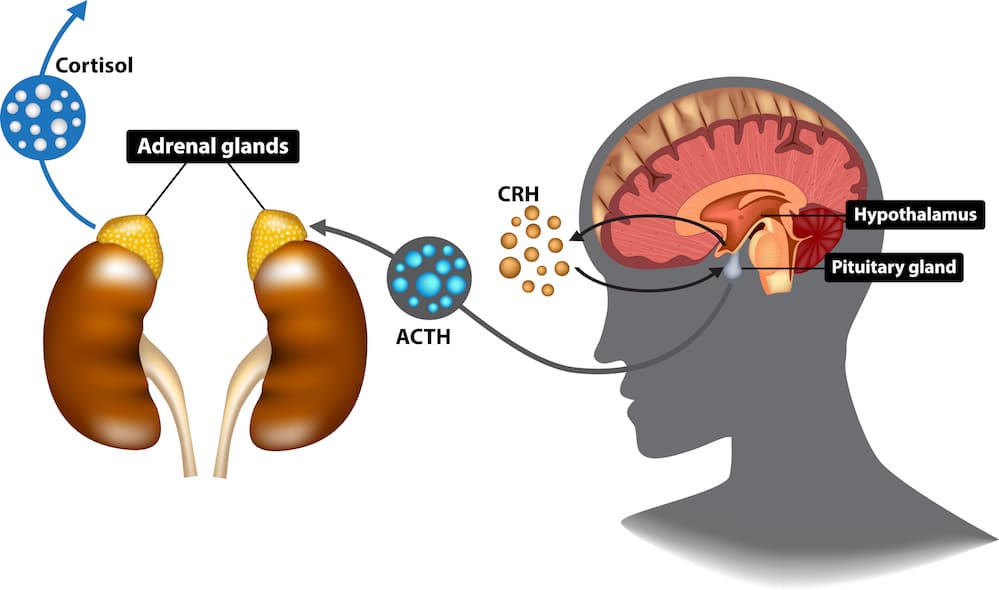 In this post, we present and describe a variety of health conditions related to the adrenal gland, some of which may be caused by dysfunction upstream of the adrenal. With a greater understanding of the adrenal gland and dysfunctions that impact the adrenal, our hope is that anyone with symptoms of an adrenal disorder seeks out a professional medical diagnosis, like those offered here at BioDesign Wellness — the Tampa Functional Medicine practice — to find out what is really going on rather than try to self-medicate with adrenal support supplements.

In 1998, chiropractor James Wilson coined the term “adrenal fatigue” and used it to describe a condition in which the adrenal glands, overstimulated by chronic stress, burn out and shut down, causing a variety of symptoms, including the following:

Since then, many books have been published and many supplements have been developed to support the adrenal gland. Unfortunately, some people who follow the advice in these books or take these supplements have no idea what is really going on in their bodies. As a result, the root cause of their symptoms remains untreated, and they may even be doing more harm than good. (For more information on Adrenal Fatigue, read our September 2018 post Feeling Burned Out? You May Be Suffering from Adrenal Fatigue.)

Conventional medicine denies the existence of adrenal fatigue, but recognizes several adrenal disorders, including these:

A relativelynew diagnosis is being used in place of “adrenal fatigue” and “adrenal insufficiency” — hypothalamus, pituitary, adrenal (HPA) axis dysfunction. This diagnosis is more accurate than that of adrenal fatigue and adrenal insufficiency because it recognizes that the adrenal gland may not be producing sufficient hormones due to something upstream from the adrenal gland. “HPA” refers to the three components involved in adrenal hormone production:

What is really going on?

People who suffer from HPA axis dysfunction are often undiagnosed or misdiagnosed and end up “chasing symptoms.” For example, they may be taking antacids to treat indigestion or getting steroid shots to reduce inflammation caused by low cortisol. The root cause of their symptoms is never addressed, and the treatments they are receiving often do more harm than good.

Usually the root cause of HPA axis dysfunction is inflammation due to a variety of stressors, including emotional stress (at home or work), undiagnosed infections, exposure to environmental toxins (such as toxic mold) and pollutants, and food sensitivities or poor diet. Inflammation will cause dysregulation of the signals in the brain coming from the hypothalamus, causing a chain reaction that impacts the pituitary gland and ultimately the adrenal glands. This will have a “whole body” effect with a host of unexplainable health concerns.

Effective treatment typically involves identifying and reducing the impact of stressors, treating any underlying infections, reducing exposure to environmental toxins, detoxing the body, and adjusting the diet to eliminate any problem foods. Restoring health to the gut may also be necessary.

However, the first step is to obtain an accurate diagnosis from a doctor who understands the HPA axis dysfunction. If you or a loved one is experiencing any of the symptoms described in this post, we strongly recommend that you schedule an appointment for an examination and testing. With an accurate diagnosis in hand, you can begin to treat the root cause(s) of whatever is ailing you and get back on the path to health and happiness.

Disclaimer: The information in this blog post about HPA Axis Dysfunction and Adrenal Fatigue is provided for general informational purposes only and may not reflect current medical thinking or practices. No information contained in this post should be construed as medical advice from the medical staff at BioDesign Wellness Center, Inc., nor is this post intended to be a substitute for medical counsel on any subject matter. No reader of this post should act or refrain from acting on the basis of any information included in, or accessible through, this post without seeking the appropriate medical advice on the particular facts and circumstances at issue from a licensed medical professional in the recipient’s state, country or other appropriate licensing jurisdiction.