Tampa, Fla. residents will recognize Morgan Boykin for her many accomplishments — 2016 Miss Tampa, 2017 Miss Osceola, 2018 Miss Winter Haven, the feature baton twirler for the University of South Florida from 2016-2018, and co-owner and operator of the Southern B Boutique, which she started with her sister. What you may not know about Morgan Boykin is that she has been living with postural orthostatic tachycardia syndrome (POTS) since 2016.

POTS is an often-debilitating chronic illness characterized by increased heart rate, low blood pressure, fatigue, dizziness, nausea, vomiting, and fainting, the last symptom of which is why this disorder is often referred to as “the fainting disease.” POTS patients like Morgan Boykin frequently find themselves waging an ongoing battle against gravity; any change in posture — standing up, sitting up, adjusting the blankets — can cause someone with POTS to feel fait or pass out. Prior to being diagnosed, Boykin was passing out over 30 times a day! 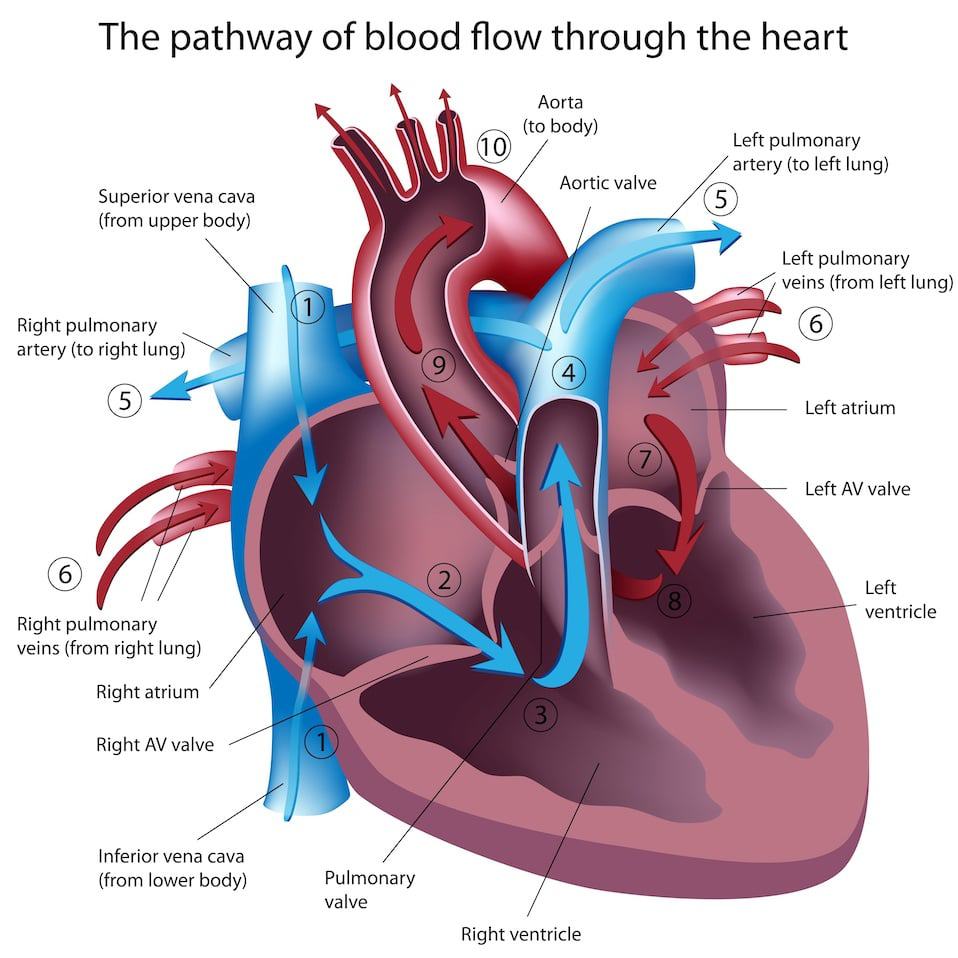 These fainting spells are no surprise when you consider the impact of POTS on heart rate. A normal heart rate when the body is at rest is 70 to 80 beats per minute (BPM). That rate normally climbs another 10 to 15 beats per minute when standing up, then settles back down. With POTS, a person’s heart rate often increases 30 to 50 beats per minute or more, resulting in lightheadedness, dizziness, and fainting. At one point, Boykin’s doctor told her that her heart rate climbed into the 200s, while she was asleep.

At the root of this dramatic increase in heart rate is the autonomic nervous system (ANS) — the part of the nervous system responsible for controlling bodily functions subconsciously, such as breathing, heartbeat, and digestion. ANS malfunctions give rise to various medical conditions including POTS, orthostatic hypotension (OH), orthostatic intolerance (OI), neurogenic bowel (gastroparesis, intestinal dysmotility, and constipation).

While POTS patients like Boykin and advocacy groups like The Dysautonomia Project work to raise awareness of POTS and other autonomic nervous system disorders, many of us in healthcare — especially those of us who practice functional and integrative healthcare — are doing our part by diagnosing and treating people who struggle with POTS and other ANS disorders.

Women and the misdiagnosis of POTS

Between one and three million Americans suffer from POTS, 80 percent of whom are women. The illness often strikes patients in their early teens and worsens throughout the transition to early adulthood. Because these patients are younger and otherwise appear healthy when the disorder strikes, doctors often dismiss the possibility of a physical condition and merely chase symptoms or try to explain it away as a mental disorder — depression or anxiety.

Boykin sought medical help when she started vomiting, which lasted for 28 days straight. Doctors first diagnosed it as the flu and told her to “give it time.” When she reported that her heart rate would spike during these episodes, she was told, “That’s what happens when you vomit.”

Boykin saw a cardiologist who prescribed midodrine to increase her blood pressure and a beta blocker to slow her heartbeat. Within three days of being on the meds, she stopped vomiting. She started working out in the gym four days a week and twirling her baton 16 hours in addition to that. She competed in the Miss Florida pageant and took off nine days from the gym. That’s when the fainting spells began. She spent five weeks in the hospital completely bed ridden.

The doctors had no idea what was going on. Even after Boykin’s mother suggested the possibility of POTS, based on research she had done, the doctor was reluctant to accept the possibility, saying, “That’s really rare; it can’t be that.”

More tests were run, all of them coming back negative. Then, the doctor ordered a tilt-table test, which involves the patient lying on a table and being tilted to an upright position. This test is performed to evaluate the cause of syncope (unexplained fainting). Within seven seconds of being tilted into an upright position, Boykin’s heart rate rose from 59 to 173 BMP.

Again, Boykin’s mom encouraged the doctors to consider POTS, but the doctors continued to believe that was not possible. Finally, Boykin’s mom contacted The Dysautonomia Project, which sent advocates to the hospital that night, bringing books, educational materials, and support to educate the doctors. The doctors contacted a POTS specialist who made the diagnosis that put her on the road to receiving effective treatment. While Boykin still struggles to manage her symptoms, she is committed to living life on her own terms and not allowing POTS to dictate what she can and cannot do.

Here at the BioDesign Wellness Center, we understand how frustrating an incorrect assessment of a serious condition can be. In fact, in patients with symptoms of POTS, we don’t stop at that diagnosis. We dig deeper to identify and treat underlying conditions that may have triggered and may be contributing to that illness.

We begin with a thorough physical examination, where we assess blood pressure and pulse while you’re in a lying-down or seated position, followed by standing up. What we are looking for is abnormal changes, and we often find those changes with POTS patients who have low blood pressure but have been told by other physicians or nurses that they “have excellent blood pressure.” And yet, these patients come to us properly claiming they really don’t feel “excellent.”

Next, we test for lab indicators of tick-borne illnesses, chronic inflammatory response syndromes (CIRS), autoimmunity, and adrenal markers, as well as conduct a variety of tests targeting the underlying cause. In addition to addressing and treating any hidden causes revealed through these tests, we evaluate diet and lifestyle. And, if a patient has not been seen by a cardiologist, then the appropriate referral is made.

Treatment of postural orthostatic tachycardia syndrome is focused on improving symptoms and may include addressing exposure to certain environmental conditions, and the elimination of specific foods . If there is a histamine or mast cell problem, allergies are taken into consideration, tested for, and properly treated if discovered. We also look to improve the autonomic nervous system response by balance electrolytes, modifying physical activity and exercise, and using natural medicines that can calm the noradrenaline surges coming from the adrenal glands and brain .

We also focus on infections that could be aggravating the autonomic nervous system. That’s because POTS symptoms can show up following a viral illness or a stressful event such as a pregnancy or major surgery. The condition might also develop as a result of diabetes, multiple sclerosis, cancer, or Lyme disease. In some cases, however, a trigger is never discovered.

Other Conditions related to POTS

POTS UK (a member of the Specialized Healthcare Alliance) is an independent organization made up of patient groups that campaign on behalf of patients with rare or complex medical problems. This organization claims that other conditions can be tied in with POTS, including:

While we always recommend seeking medical attention from a licensed healthcare professional, if anything covered in this post about POTS resonates with you, keeping in mind that a thorough and accurate diagnosis is the key to proper treatment — call your doctor today and ask to be tested for postural orthostatic tachycardia syndrome.

Disclaimer: The information in this blog post about postural orthostatic tachycardia syndrome (POTS) is provided for general informational purposes only and may not reflect current medical thinking or practices. No information contained in this post should be construed as medical advice from the medical staff at BioDesign Wellness Center, Inc., nor is this post intended to be a substitute for medical counsel on any subject matter. No reader of this post should act or refrain from acting on the basis of any information included in, or accessible through, this post without seeking the appropriate medical advice on the particular facts and circumstances at issue from a licensed medical professional in the recipient’s state, country or other appropriate licensing jurisdiction.