How to Keep Thanksgiving 2020 from Becoming a Turkey

It goes without saying that Thanksgiving 2020 is going to be a different animal than past turkey days, capped this week by the Centers for Disease Control and Prevention’s (CDC’s) suggestion that we should perhaps cancel this year’s holiday travel plans and large family gatherings.

All signs point to a Covid-19 resurgence this holiday season with disturbing numbers of Americans testing positive for the virus in nearly every state, including here in Florida. So, for this holiday season at least, it behooves us all to meet the challenges of protecting ourselves and our families by making health a top priority.

Here at BioDesign Wellness Center, we have several health tips for those who believe their family circle is small enough — and safe enough — for an in-person holiday gathering.

If you have a food allergy or sensitivity, bring food you can eat, so you don’t feel END_OF_DOCUMENT_TOKEN_TO_BE_REPLACED

Diagnosing the Root Causes of Illness with the Organic Acids Test

We often talk about the human body as though it is a machine assembled with various components — brain, heart, lungs, stomach, liver, kidneys, skin, bones, and so on. In some ways, the body does function like a machine, but unlike a machine. the body is organic. Every human body is a living organism consisting of approximately 30 trillion cells plus about 100 trillion microbes, most of which live in the gut (you couldn’t live without these microorganisms).

Your health basically boils down to how well these approximately 130 trillion cells function alone and together. Each cell is a living entity, consuming nutrients from food, converting those nutrients into energy, carrying out specialized functions, and even cloning their own replacements. Healthy cells make a healthy body. 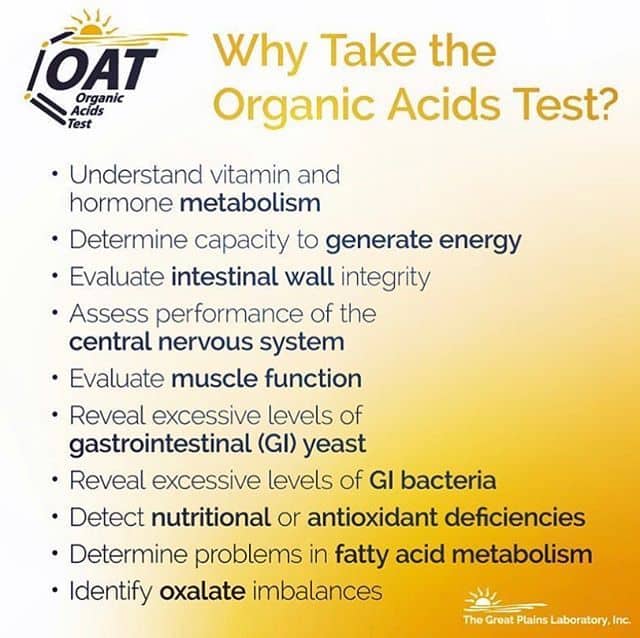 The waste products that cells produce daily are eventually expelled from the body. The chemicals included in these waste products provide valuable clues for tracking down the underlying causes of many health conditions. Urine alone contains more than 1,000 organic acids that can be analyzed to identify causes of behavior and movement disorders, hyperactivity, chronic fatigue, immune dysfunction, and many other disorders and dysfunctions.

What Are Organic Acids?

Organic acids — which is the focus of this post — are chemical compounds that are products of metabolism and are excreted in the urine of mammals. Metabolism is the set of life-sustaining chemical reactions responsible for the following:

The names of most organic acids consist of two words, the first ending in -ic and the second word being acid. You’ve probably heard of many common organic acids, including lactic acid (which makes yogurt tart) and citric acid (from citrus fruits such as oranges and lemons).

Here at BioDesign Wellness Center, we sometimes order an organic acid test (OAT) and/or a Microbial Organic Acids Test (MOAT) from Great Plains Laboratory. These tests, which are the standard bearer for their category, screen for END_OF_DOCUMENT_TOKEN_TO_BE_REPLACED

Steve Stiles, PA-C, joined our medical staff in November 2019, and let’s just say that having him around the office on a daily basis is just the breath of fresh air we needed. Among his areas of focus, Steve conducts medical screenings, collaborates with our medical director on Hormone Replacement Therapy (HRT) and Erectile Dysfunction (ED) treatment plans, and assists the rest of our medical staff with a number of other patient-related essentials. 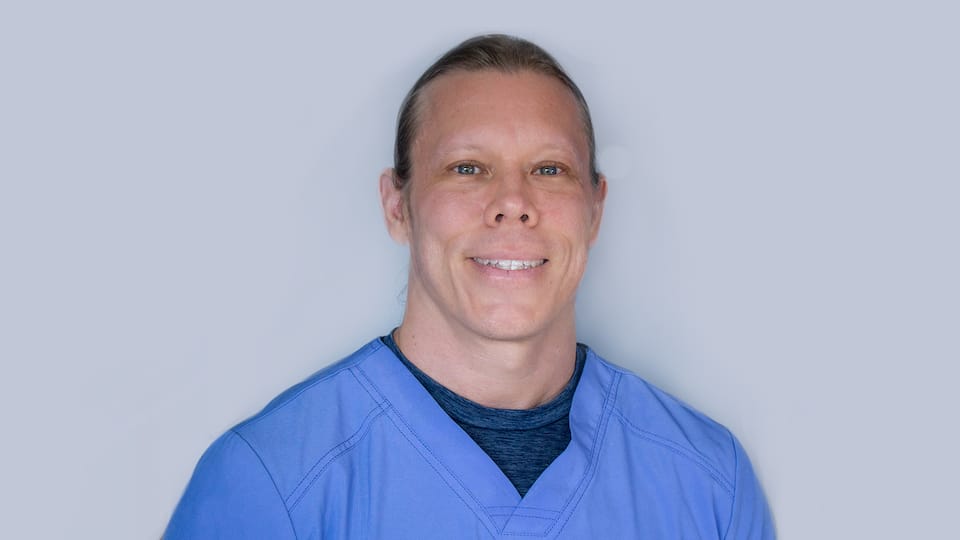 A certified physician assistant since 2006, Steve began his healthcare career by working in emergency medicine and neurology after graduation from college, and then moved into HRT- and ED-focused medicine. Before joining us at BioDesign Wellness, he worked in a medical clinic 100 miles to the north of us in Ocala, Fla.

Steve received his Bachelor of Science degree in Biology from Nova Southeastern University in Fort Lauderdale, Fla., and holds dual bachelor’s and masters’ degrees in Medical Science (M.M.S.) in the discipline of Physician Assistant. That dual degree came at the conclusion of a six-year program that included a prescribed four-year course of study in an undergraduate major and an additional 27 months of training in the PA program at the Dr. Pallavi Patel College of Health Care Sciences.

We asked Steve to fill in a few more details about his career objectives, as well as answer some personal questions, to which he good-naturedly responded: END_OF_DOCUMENT_TOKEN_TO_BE_REPLACED

The drug was designed to reduce the production of acid in the wall of the stomach, thereby preventing ulcers and helping to heal ulcers found in the esophagus, stomach, and small intestine. Today, there remain a number of PPIs on the market, including: END_OF_DOCUMENT_TOKEN_TO_BE_REPLACED